You’ve probably heard of Bitcoin, but it’s nothing compared to WAVES

Many of you have probably heard of Bitcoin now due to the latest price surge of around 2,000% leaving the value of the father of cryptocurrency somewhere between 13,000 and 17,000 USD. Moreover, more and more businesses are starting to accept this form of currency in exchange for their merchandise or services. However, with the surging price of Bitcoin, transaction fees related to it are also soaring, thereby opening the room for many tremors and forks in the elite bitcoin community.

But before we go deeper into the world of cryptocurrency, we should discuss what makes bitcoin and other cryptocurrencies valuable. First of all, a cryptocurrency is a form of decentralized virtual currency which exists in digital form only. It is also not connected with any country or bank, and its value is mainly determined by its usefulness and supply & demand. Second, most cryptocurrencies are generated through a process called mining, which is when computers solve complex algorithms through which blocks of transactions are executed, which makes such currencies based on Proof of Work or POW. In order to keep the whole network honest and to not allow anyone to create bitcoin out of the blue, all transactions are recorded on a universal unified ledger called the Blockchain. Any transaction which ever happens is recorded on the blockchain and broadcast across the whole network, which means that all miners and wallets have access to it and can see whether a transaction is true or not. 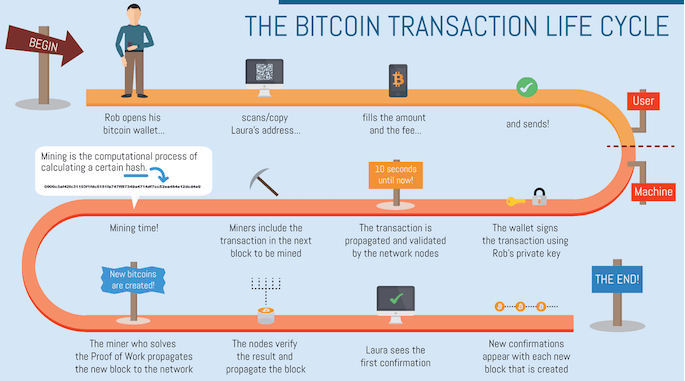 When a person wants to pay another in BTC, a transaction fee has to be paid in addition to the sent amount. This transaction fee is what miners earn for processing transactions. Any person around the world with a computer and access to the internet can be a miner; however, as more and more miners join, and due to the fact that bitcoin generation is halved every few years, the difficulty of the network is increasing, which means that miners need more and more powerful equipment in order to get an ever dwindling amount of bitcoin. But, this is not bad for Bitcoin per se because the more difficult it is to mine a bitcoin, the higher its value becomes. In a way, unlike printed money whose value is decreasing due to inflation every year, the value of Bitcoin can rise over time, especially because its number is limited to 21 million.

The appearance of Bitcoin in 2009 paved the way for many other cryptocurrencies to appear, each with its own uses, mining algorithms and blockchain. While some imitated bitcoin or forked from it, others were completely different and had specific uses sometimes such as rewarding community members, democratizing online communities, and running various loyalty programs, among other things. This led recently to a surge of something called Initial Coin Offerings or ICOs. An ICO is when a person or community has a business to launch and needs the funding for it, so a new cryptocurrency is created and sold, and the money generated from the token sale is used to start the business. After said business is launched, token holders act like shareholders in the company and can either use these tokens to buy services, to earn dividends, or to vote for how things go. Also, they can trade their tokens or currencies for others on many trading platforms. When such a business is successful, the tokens it created and sold during the ICO become increasingly more valuable. Sometimes, ICOs are just a means to create and release a new cryptocurrency in the market, and other times they may be complete scams and soon vanish without a trace. You can learn more about them here. 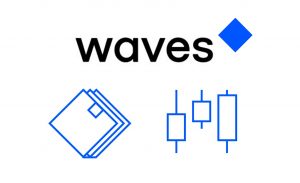 One of the recently released cryptocurrencies which is showing tremendous promise is WAVES. It was created by Sasha Ivanov in November 2016 and has been successful in solving many of the issues plaguing the bitcoin network and other cryptocurrencies. Unlike Bitcoin, WAVES works on a Leased Proof of Stake (LPOS) basis, which means that it doesn’t require mining to be created. Instead, all Waves are already issued, yet only those who have a certain number of coins can run a node in which the solving of the algorithm happens. In addition to that, the transaction fee is set at a certain unchanging number, which means that it’s not affected by network difficulty. This fee is what is used to pay those who are running a node. However, even though not everyone has enough WAVES to run a node, everyone can participate through a process called leasing. Leasing is when a user lends his WAVES to another who is running a node in exchange for earning a part of the profits generated by this node. By leasing their WAVES, the node becomes bigger and bigger, thereby forging more blocks and earning more of the transaction fees. Moreover, unlike purchasing cloud mining contracts where the amount you pay is completely lost to you, in WAVES you can cancel your lease at any time and get your WAVES back in your wallet instantly (for nothing more than the usual transaction fee) because your WAVES never leave your wallet during the leasing period. This almost absolutely eliminates the risk of scam cloud mining companies which are severely hurting the reputation of Bitcoin. 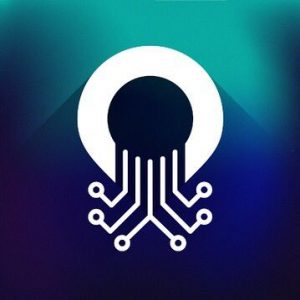 While WAVES has a lot more benefits which are discussed here, the most important feature which will definitely help in driving up its value is the fast and easy ability for WAVES users to create tokens and run their own ICO. For the price of 1 WAVES (around 13$ at the time of writing this article), you can create any number of a token you want. These automatically appear in your wallet and then you can distribute or sell them to anyone. While this does create a risk of people making fake tokens, anyone who has been in the world of cryptocurrency for a few months can easily spot and avoid the fakes. Mainly, unverified coins do not appear on the WAVES DEX (Decentralized Exchange Platform which is available in the WAVES wallet) except when you paste in their identifier. One of the most prominent companies using the WAVES platform to manage their loyalty program is Burger King Russia who are rewarding their clients with Whoopercoins (their WAVES-based asset) which can later be used to purchase more from Burger King. In order for this to be successful, big companies using the WAVES platform to create loyalty programs or other schemes need to be able to use their coins without needing to pay transaction fees in WAVES. This is why, for a certain price, they are allowed to create their own transaction asset such as the NodeTX or the OCL and run their own node. Moreover, Oceanlab, a company affiliated with WAVES and running a leasing node recently released a very important loyalty concept called POS4ALL which allows any asset creators to reward users for holding a certain amount of their assets, which is a kind of Proof of Stake for them. Moreover, a few days ago, the WAVES-NG was voted through, which expanded block sizes, decreased the amount of WAVES needed for nodes to run and sped up transactions to hundreds per second making WAVES one of the fastest cryptocurrencies available and at least a hundred times faster than Bitcoin. This was quickly followed by a considerable rise in the price of WAVES and some of the more serious assets including Cryptowave (CWV) which is the official token of my Cryptoways website.

In the end, from what the cryptocurrency community is seeing and all the important updates to the WAVES platform, it is fairly safe to say that 2018 is the year of WAVES. More and more people are jumping aboard and riding the wave as the price of WAVES increases and its uses become more and more interesting.