Over the past few days, I placed a few comments on my Facebook account which were mostly critical of the Lebanese elections. For the first time in a while, I had an influx of comments, some of which agreed while others disagreed; moreover, some disagreed before and changed their minds after the elections. 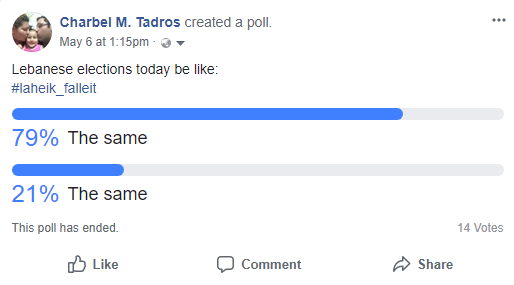 In short, my personal opinion of the Lebanese Elections is that the system itself is completely and utterly flawed for the following reasons:

So, we have a corrupt parliament and government creating a corrupt electoral law whose honesty is insured by a corrupt leader… Yet, we expected honest elections. 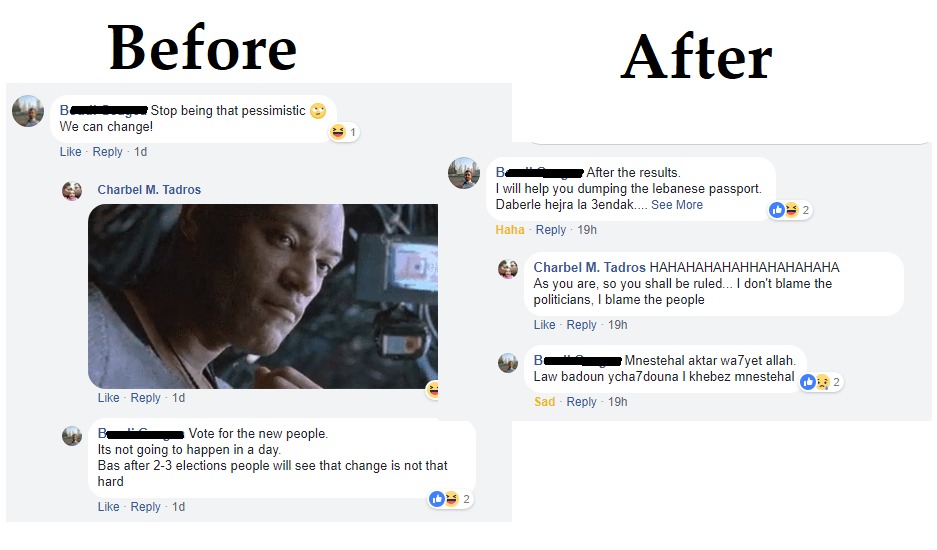 Less than 24 hours later, after the results of the elections were out, it appeared that only 47% of the population voted and most of the parliament remained the same. The disappointed people looking for change blamed this failure on the 53% who didn’t vote and the others who sold their votes. However, if we analyze this, we find that it’s clear proof that most of the Lebanese don’t want change to begin with.

Think about it: most of the 53% who didn’t vote didn’t care about change one way or another, so we can just ignore them because their votes wouldn’t have made a difference anyway. As for the 47% who did vote – assuming that there was no tampering with the voting system whatsoever (yeah, right!) – almost all those hungry for change are included in this 47%. In addition to that, the results of the elections showed that the vast majority of parliament remained the same; this means that the people who truly wanted change were only among the minority of this 47%. This leads us to conclude that the vast majority (53% + a large percentage of the 47%) really want things to stay the same (again assuming that there was no tampering).

“If voting made any difference, they wouldn’t let us do it,” are the famous words of Mark Twain, and it is proven over and over again in Lebanon. They wouldn’t let us do anything against their own interests. Why would they since no one cares anyway, and those who do are very few in comparison with the majority. Another famous saying goes as follows: “As you are, so you shall be ruled,” which means that the leaders are only a reflection of the people. This is why I never blamed the politicians for the predicament of Lebanon, they are only a reflection of the population which refuses to change in even the small things. Examples abound of this and they include: 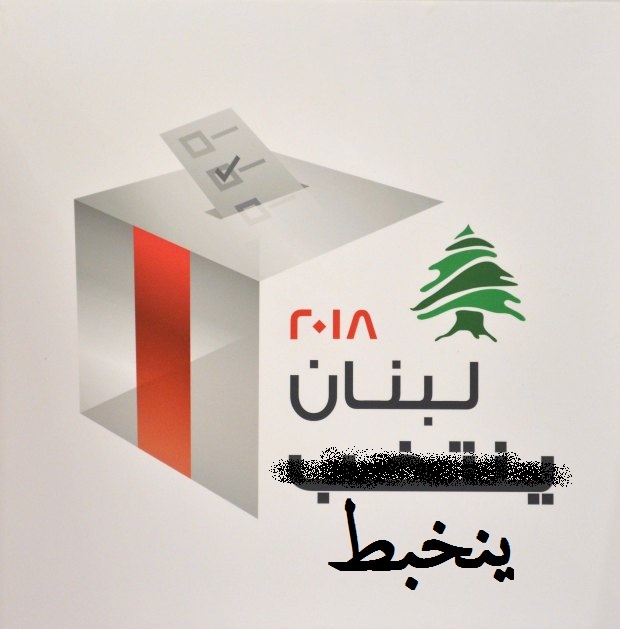 In conclusion, I’m not being negative about the situation in Lebanon, I am only describing it as objectively as possible from my own point of view. I firmly believe that such a situation cannot change slowly as some people expect by having a few good people in the parliament. Far from it, I am worried that we are losing these good people to corruption as well. The only way for things to truly change for the better in Lebanon is by completely refusing to participate in the charade of the current politicians. The whole country has to rally behind one banner and completely refuse to even allow anyone who has ever been in the parliament to run for the elections again… but they won’t. After all, “fool me once, shame on you; fool me twice, shame on me;” Lebanon, you’ve been fooled so much it’s become the norm… so shame on you! #laheik_falleit