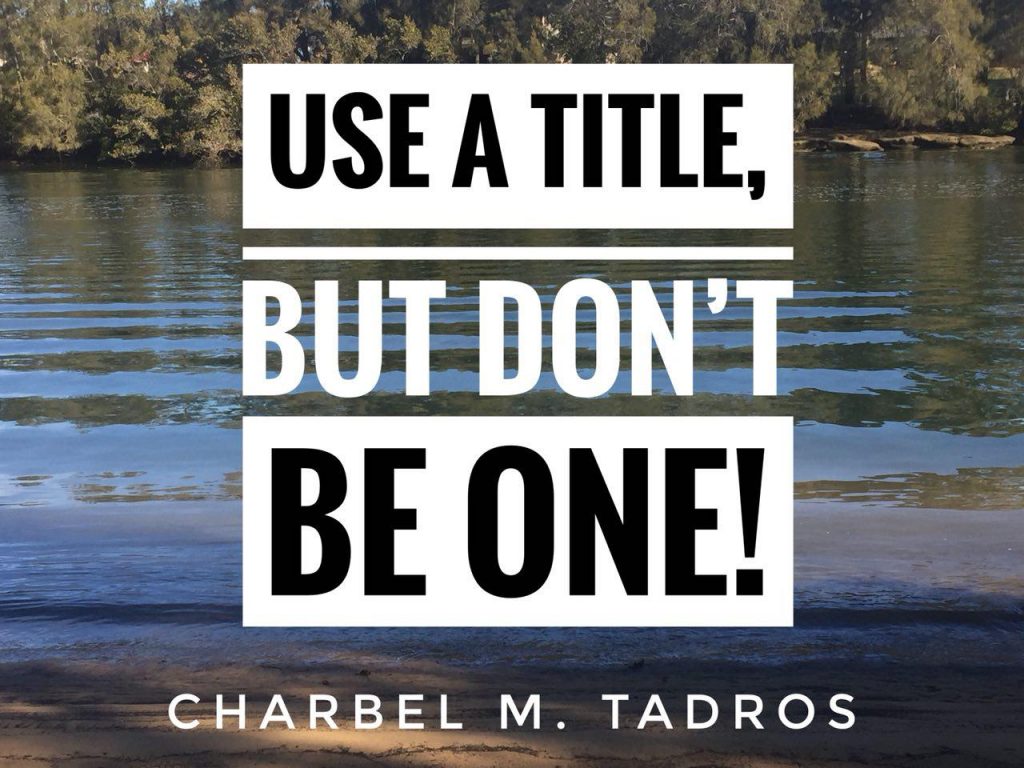 During my work at universities in Lebanon, I encountered many types of “titled” people. Titled people are those who have a PhD and have the right to use the title “Doctor” or “Professor”. Among them were two predominant types: those who used the title and those who became the title.

Both types of people have undoubtedly worked hard to get to their place; however, there is one main difference between them: those who became their titles mainly had one goal in life before acquiring the title, and it was getting that title; on the other hand, those who used their titles had a goal for a much longer term and simply needed or acquired the title to get to it.

It is quite simple to distinguish between “users” and “becomers”: people who are their title often force their title upon every interaction, often reminding people of their Doctorhood and inserting it wherever possible, while those who use their title don’t care about it much socially, but only enforce it wherever it serves their higher goals.

As an example of one of the people who became their titles, one of my colleagues wouldn’t answer anyone except if they addressed him by Doctor first. He had an air of arrogance and would often reply to people who forgot to call him by his title with, “I am a Doctor,” thus embarrassing and intimidating them.

Meanwhile, those who use their titles as a means to a goal don’t need to remind anyone of their doctorhood. I remember one of my favorite university instructors only made her students call her by her title in class and as long as they were taking the course with her, but not after the course was over. This served to remind the students of the value of the person they are dealing with so that they pay more attention and learn better. And that was what happened: she was the teacher we learned most from during our years at university and then became very good friends afterwards without ever forgetting her value.

When we look at how people react when they know that someone has a PhD, we see a very pronounced difference in treatment and in respect. Having the title “Doctor” or “Professor” and being introduced as one often opens many doors as it promotes an air of authority for the holder. When a PhD holder proposes a project to a panel in order to get funding, it is often much more effective than when an untitled person does so, which is why many successful people who are untitled authorities in their fields are partnering up with universities in return for honorary, research-based or work-based PhDs. Not only does this truly recognize their efforts in their fields, but it also saves them the time of having to work according to strict rules which often hinder their progress.

In a world where people are losing faith in some of the long-established educational institution, more and more people are forging ahead on the road less travelled and taking their education into their own hands. Unfortunately, even though it is some of these people who eventually become the pioneers in their fields and very financially successful, they are usually the ones less acknowledged having not taken the academic route.