Moving from a Time-Based to a Task-Based Enterprise

If you are reading this, you are either an employer who’s eager to move his company in the right direction or an employee who has a lot of free time to burn using the company’s internet connection. In either case, there is a problem in many businesses today which is deeply rooted in the ancient traditions of landowners and slaves. Employers come into work with the mind frame that they are paying their employees which means that they own them for a certain number of hours per day even if they were to sit there and do nothing during all that time. On the other hand, employees come to work eager to leave it as soon as the time came regardless of what is to be accomplished during that day. In the end, neither the employer nor the employee is satisfied with the experience. 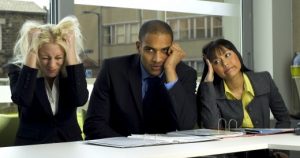 Many problems arise from bored employees. For one, as has been said in the old adage time and time again, “idle hands are the devil’s playground.” Employees who have nothing to do will resort to gossip among one another. Moreover, the purpose of most of the gossip is to spread rumors about other employees who are probably doing the same. Eventually, when rumors collide, problems arise and employees will band into groups who are with that person and groups who are against, which creates a tense and counter-productive environment.Another thing that could happen due to bored employees is over-socializing. Instead of doing their job, groups of employees would plan social events during their time at work. As is bound to happen, these social events such as brunches and other activities will extend beyond their planned time and will sometimes replace actual working time.

One more thing that usually arises after a lot of boredom sprinkled with rumors is an intentional waste of available resources. Employees who are too bored will look for something to fill their time. In the beginning, a new employee who is looking for his boss’ approval will occupy his time by doing extra work to earn favor. However, once the dust of novelty has settled and the rumors caught up with this new employee, he will, in spite, look for a way to busy himself especially when it wastes the company’s resources. Some employees will start making coffee every few minutes, others will engage in excessive downloading or games, and the list goes on and on. Even when the company limits or monitors internet usage, the employees will still access whatever they want through their own devices especially because they are forbidden from doing so. Even more than that, they may get grumpy when their jobs interfere with their time-wasting activities because they have gotten used to doing nothing. 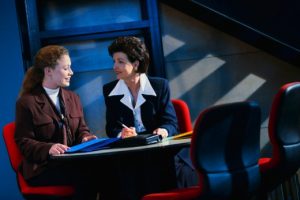 As for the employer, not only will he be wasting resources, he will also find himself putting out fires between employees every now and then. He will be bombarded with employee complaints and requests to interfere. Also, his company will lose money through wasted resources and wasted time.

The best way to resolve this issue is by moving from Time-Based Employment to Task-Based Employment. Instead of having employees available for a certain definite chunk of time, give them a list of tasks to accomplish by a definite deadline. Some of the tasks may be time-sensitive while others aren’t. Make sure that there are enough non-time-sensitive tasks to fill in the gaps between the time-sensitive ones. Of course, employees need breaks. Do not specify a break time for them, instead, allow them to arrange their own time as they see fit and plan for their own breaks as long as these don’t interfere with the time-sensitive tasks that they need to do.

When it come to scheduling your employees tasks, make sure you know what they like. Surely, you cannot cater to everyone’s desires, but you can try as much as possible to do so. Just make sure you let them know that you are trying and don’t give them the impression that you simply don’t care. Start with your employees who have certain time-constraining needs which may include picking up their kids from schools or other occupations (only when absolutely necessary). Then, move through your employees starting with the ones who have been in service to the company for the longest time and moving towards the most recently employed. Not all employees want the same things. Some prefer to start and finish early while others prefer to sleep longer and come in later in the day. Plan their tasks accordingly when possible and let them know when it is impossible for you to do so. However, make sure you don’t have them discuss it with other employees when it’s one’s wishes against the other’s. This is not only demeaning to the employees, but it also provides fertile grounds for enmities and headaches along the way. Instead, talk with each of them separately and try to find a win-win solution for both. When this is not possible, you will have to agree with the person who has been in service the longest.

A great example can be given for schools. Most of the time, teachers’ schedules are organized haphazardly especially when schools force teachers to remain on the school’s premises the whole time. Some teachers get too many back-to-back periods while others get long empty chunks. Additionally, some teachers are not very productive in the morning while others start getting tired around midday. Also, some teachers do all their planning and correcting during their break times while others just can’t concentrate except when they are at home in their pajamas. Some schools also make do without substitute teachers and instead use the teachers they have when there are absences. This is undeniably not acceptable. When a teacher is given a schedule, not even the boss should have the right to impose on that break and have him/her teach during that break. What should be done in that case is to plan with the teachers and not for the teachers. Hear them out, see what they prefer and try to allocate their teaching hours according to that time when possible. Make sure they know that you are doing that and have them propose solutions when you can’t help them out. As for the other staff members such as coordinators and secretaries, who are supposed to be available the whole day because they are active once the need arises, make sure that they also have tasks to keep them busy, yet not too busy. Finally, workshops after the students leave the school are a definite no-no. When teachers know that they will finish this workshop and go home, they will just attend because they have to and learn nothing from it. You will be wasting their time and yours with frustration. However, instead of preparing a presentation, prepare a video and have it available for them at their leisure. Make them work on something to prove that they have understood afterwards.

Failure to Succeed is a Failure in Application

Some employers tried to move into task-based employment but failed. This is due to the fact that they either asked for too much, too little or too diverse. Due to lack of interest or a busy schedule, some employers may forget to check up on the tasks they asked for. When an employee does many of these tasks and finds that his employer never asked for them, he will stop doing them or will do a mediocre work of them. On the other hand, when the employer gives too many tasks, the employee will get lost and not know what to start with ending up with a mess of half-finished tasks. The key here is giving the employee a vision. When the employee knows his part in the scheme of things, he will do a more appropriate job and will be appropriately busy.

As I mentioned in the introduction, we need to start moving out of the landowner-slave enterprise to a more task-based approach to employment. When an employee is not needed, don’t ask them to come to work and do nothing all day. You are wasting their time and your resources. Instead, give them tasks to do and allow them the freedom of when and where to do them within limits.

All Posts »
PrevPreviousFreedom and Religion
NextTarotscope 2021: Tarot Horoscope for 2021Next