Magick is a Natural Part of Life… and we all do it! 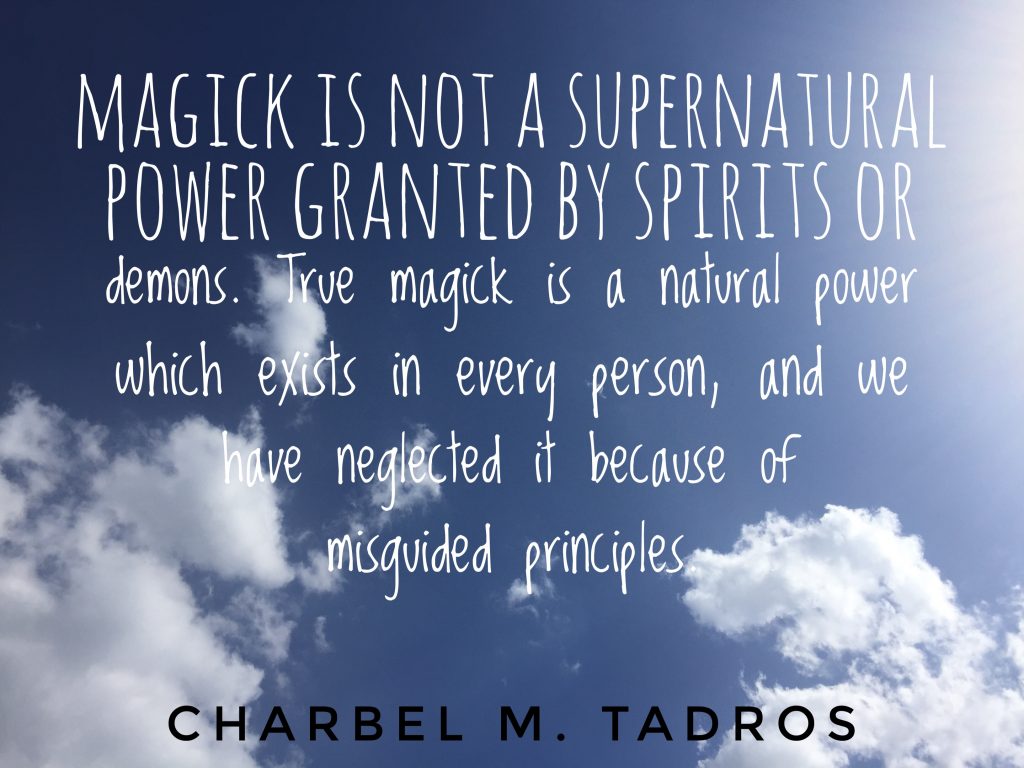 The world we live in is infinitely more complex and much more interesting than most people believe. Unfortunately, in our choice to disbelieve in the natural powers of the universe, we are making it more and more bland and uninteresting. Magick (yes with a K), is one of the things we gave up in service of religion and the social order at a high cost for ourselves.

To begin with, let us delve deeper into a true understanding of magick. It is the conscious manipulation of energy through the human mind. If we look closer at things, we can see that everything is eventually made of energy. If the object you want to manipulate is made of energy, you are made of energy, and the air between you and that object is made of energy, then why can’t we influence one energy with another through more energy. Well, we actually can, but it does require a tremendous amount of concentration, which needs a lot of time and effort to cultivate.

It is ironic how the religion that most fights against magick is the one in which magick is praised under another name: miracles. When a person heals the sick without a medical procedure we rush to call it a miracle and name him a saint. But what has that person done be it before or after his death? This “saint” has effectively manipulated energy through the power of his consciousness. So, in effect, he performed magick.

If we study the lives of saints and mages, we can deduce that we need three things to be able to do magick/miracles:

1- Belief: Saints and mages believed in their own power and in their own ability to do things. Regardless of what their background belief is, it all boils down to believing in the higher power, whether they call it god, energy, angels, etc… It doesn’t matter what they believe in as long as they believe.

2- Energy: Belief alone is not enough if you don’t have the energy to do it. Saints and mages always performed prayer or meditation rituals in order to increase their energy. Eventually, when they had enough, they could do what they wanted.

3- Wisdom: If you had the belief and the energy, you could perform magick which would probably do more harm than good. Energy is directly connected to karma. If a saint had the power to heal all the sick, he might be harming a great number of them who are sick for a reason beyond physical. Through sickness, people are often dealing with past karma or learning new and important life lessons. By healing them prematurely, the mage may have inadvertently set that person’s life off course. This is why a saint or a mage are more known for their wisdom than for their magick.

In conclusion, magick and miracles are just different names for the same thing. The reason why we’re not seeing magick more often in the world is because most mages are extremely wise people who only use magick when absolutely needed. However, by being aware of it, each person is able to perform small acts of magick such as cleansing and energizing places and people.