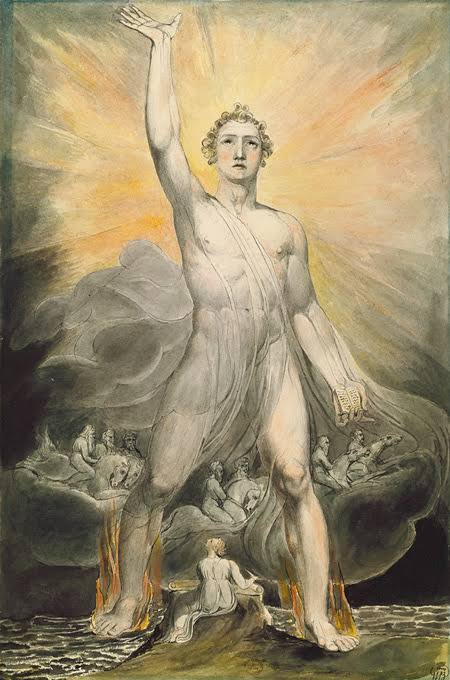 Before you read this, make sure you read Shattered Gods Chronicles #1.

Despite the continued dilution of the temperaments and energies of the original gods, humanity remained ruled by bouts of order and bouts of chaos. In order to prevent this, the divine consciousness implemented two measures to restore balance to the world: angels and avatars.

Angels are human being who are made of equal parts from all four gods: the wisdom of Gaia, the patience of Aqua, the charisma of Agni, and the loveability of Vayu. While most humans possess various degrees from all four gods and have the ability to enhance or diminish them through careful self-manipulation, it remains exceedingly rare for a single being to possess all four positive skills in equal or near-equal degrees. Such a being would actually negate the negative aspect of one god by enhancing the positive aspect of another: by enhancing the wisdom of Gaia, Vayu’s envy is diminished; by empowering the loveability of Vayu, Gaia’s grief would be lessened; by augmenting Agni’s leadership skills, Aqua’s fear is extinguished; and by increasing Aqua’s patience, Agni’s anger is tamed.

Some religions believe angels to be mere mythical beings and have attributed many superpowers to them; however, this status is not due to the fact that they are actually rare, but it’s because they are rarely recognised within the communities where they live. Some of them – especially those with near-perfect balance – have risen to fame through their far-reaching philanthropic deeds such as Gandhi, Mother Theresa, and many others; however, because of their high levels of elemental balance, such fame only fed their deeds and made them better instead of guiding them down the path to self-absorption. On the other hand, thousands – or even millions – of lesser angels have done tremendous deeds that have gone unrecognised during their lifetimes.

Angels play a very important role in preventing imbalance in their communities. By empowering love within their circles and the world around them, they effectively help in balancing between Ahrimanic order and Luciferic chaos on a small scale; however, when things get out of balance either through an increase of Ahrimanic or Luciferic forces, angels may not have enough combined power to restore balance, and this is when Avatars are needed.