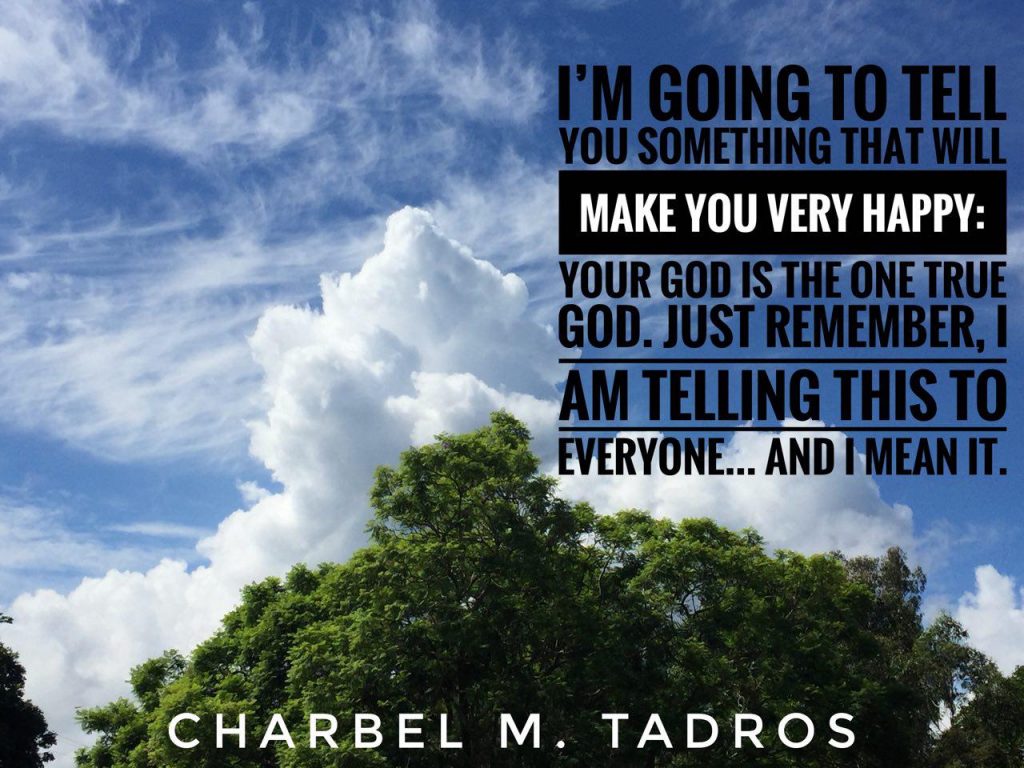 More wars have been fought over the one true god than about anything else… and in all cases, god never showed up and set things straight once and for all. This can be explained in many different ways:

1- The fact that god never interfered means that he just simply doesn’t exist, which is what atheists believe.

2- The winner of the war had the true god by his side, and this was proven when he actually won the war.

3- God did not interfere because god is just powerless to do so, and he can only watch without making overt moves.

4- God can interfere but doesn’t want to because he enjoys the attention.

5- God has given humans true and absolute freedom to do whatever they want in their lives, which includes whether they decide to believe in him or not.

6- Even if he showed up to set things straight, give it a few decades and people would question that all over again.

What would you do differently?

If you would change anything at all, that means that you are not completely satisfied with what your life is like at the moment anyway. Because god is not interfering either way, many people are also misinterpreting his “word(s)”. If people just lived their lives based on their own beliefs without trying to impose them on other people, then we can all truly live according to what we perceive our god’s word to be.

So, it all boils down to this:

Mind your own business!

Feel free to discuss god and his word(s) as much as you want, but with as much civility and respect as possible. After all, you might change your mind if something makes more sense than what you already believe in, and this would make you a much better person in the eyes of the god you believe in (or yourself if you don’t). However, do not instate yourself as the judge and executioner. If your god is, as you say, all powerful, he can take care of any blasphemy against him and does not need your defense. After all, wouldn’t he rather have you “love thy neighbor” more than fight with him?